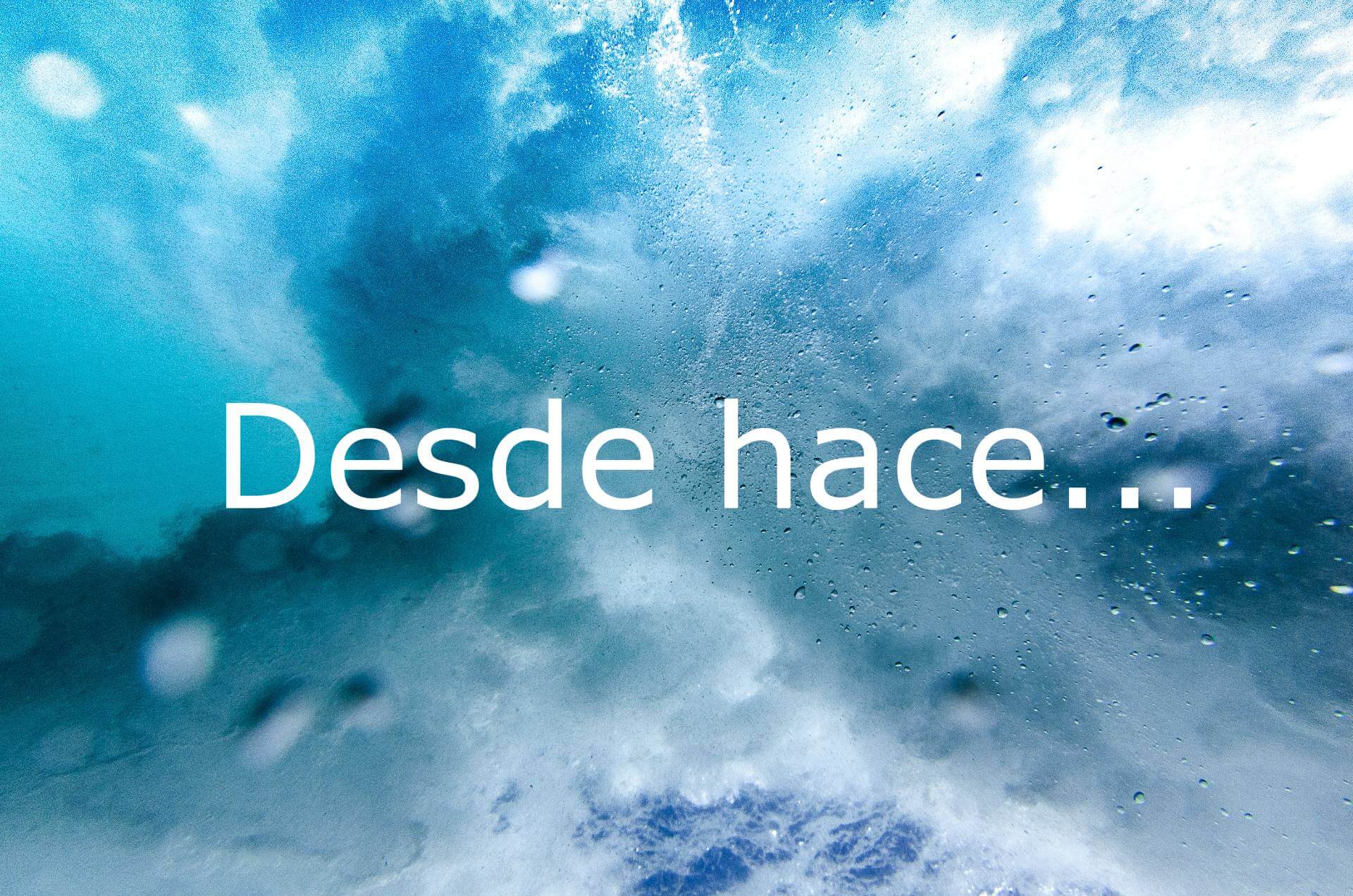 Let's start with both of these words separetely:

Hace means ago, and we put it before the "time" (instead of after, like in English):

Desde also means "since" or "from", which can be about time or about space.

Vamos a pintar desde el armario hasta la puerta - We're going to paint from the wardrobe to the door.

Expressing time, we use it for an specific point like like a month, a year, a time or a day.

See how we're using the present tense here "she is ill", because she's still ill and we're just saying since when.

We can also have it with future or past:

Estuvimos aquí desde las 10 de la noche hasta la 1 de la mañana - We were here from 10 at night until one in the morning.

This one has a more interesting and tricky translation. Literally, it'd be something like "since ... ago", but let's see it:

No voy al cine desde hace 2 años - Literally: "I don't go to the cinema since 2 years ago".
But we'd probably translate it more naturally as: "I haven't gone to the cinema in 2 years"

As you can see the sentence is in present tense when we write it but translates very well into past. Very common with negative causes like "I haven't done ... in a certain time".

You can also have a sentence in affirmative:

Estudio italiano desde hace un año - Literally, "I study italian since a year ago", or a better translation: "I have studied italian for a year".

Difference between desde and desde hace.

Let's see these sentences and the difference between them.

No estudia desde hace 30 años - She hasn't studied for 30 years. It's not a specific day/year/month but an amount of time.

We use desde hace to specify the point we started to count from, in this case, 30 years ago, and it focuses on the amount of time that has passed.

Others similar to "desde hace"

In a sentence using desde hace, we could say the same using the perfect tense:

Han vivido en esta casa 10 años - They have lived in this house for 10 years.

Llevar can translate as "have been" so we get more or less the same results:

Llevan viviendo en esta casa 10 años - They have been living in this house for 10 years.

You can check this use of llevar to talk about passing time, and you can also read this to see all of the meanings of llevar.

Basically, all of those work to say that "something is been a certain way/ has been happening for a time".

Lleva sin estudiar 30 años - Has been without studying for 30 years.

And here we use llevar in present tense.

Estudia desde hace 30 años - He has studied for 30 years.

Lleva estudiando 30 años - He has been studying for 30 years.

Hace - ago (goes before the time that has passed)

Desde - since (position just like in English, specific point in time in the past)

Desde hace - Something has been a certain way or have been happening since... (not specific point in time but the duration of time).
Present in Spanish but translates into past in English (have been/have done).

Hopefully you understand this a little bit better now, check the post on llevar to learn about that too. Pay attention to examples you find and, like always, give it practice and time.

Let's see! Deber There are two big meanings for this verb (without the "de"): obligation and to owe something/…