How to become fluent speaking in Spanish 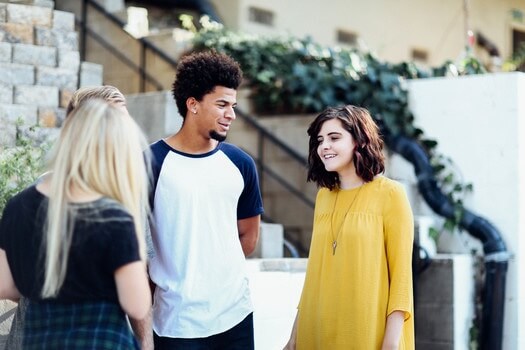 This is such a common question, being fluent seems to be the ultimate sign that you're doing things right. Fluency speaking a second language is something we all definitely want. And it's possible, given the time and doing it properly.

I listed below some ideas in order of difficulty, the first being best for beginners.
These can be useful for teachers or students who have someone to practice with (a language exchange buddy, a friend, a teacher) if both are willing to put in a little effort.
(If you haven't got a teacher yet and you're looking for one, check my website and feel free to book a free trial with me).

If you're starting chances are you're a little bit nervous about speaking in Spanish.
Grammar and tenses are not completely stuck in your memory and you need to make pauses to think. This is all totally normal, and some things can help the pace.

The most obvious one is written support.

This is a great way to do speaking without it being too daunting, and specially it's convenient when the student has to use an specific tense to answer.

I do this to practice different tenses, the questions can be pretty trivial or very original!

Because the question is very specific, the answer doesn't need to be long, and this lifts a weight of student's shoulders. They just have to focus on what tense to use.

A prompt is something that stimulates a response, right? Well, in this case that response is verbal and in Spanish.

Many things can be used, some are:

To describe or complement a topic, it usually provides more things to talk about than you initially thought!
For example, you can try to guess what happened in the picture to practice past tense, what's going on to practice present continuous or what's going to happen next to practice future tense.

Like we saw in the previous point, a question is the most straight forward way to start a conversation.
Depending on the question it will require a short or long answer, and it's also a good tool to keep the speaking going and decide in which direction you want it to go.

Every speaking practice involves listening, but this one adds the challenge of having to understand different voices, accents, etc from the video, and usually at a faster pace than your teacher/talking buddy.
Exercises you can do with a video are, for example:

This is the method that involves the least amount of support, prompts and input in general from the teacher or the speaking partner, and it's for a reason.

Prompt: One person will start with a question or topic and then it will develop from there, like real talk does.

Purpose: When speaking, usually pronunciation is tackled, grammar is corrected, etc, however sometimes we might want to focus on spontaneity.

Here, mistakes are not all corrected or they are after the person has finished his/her turn, maybe by noting them down and showing them.

A lot of the time, people make mistakes when talking that they already know are mistakes and do not need an explanation necessarily. It's just really difficult to be completely accurate when you try to be spontaneous, and that's fine.

So, for example, sometimes when I do this with a student I'll comment on a mistake when they finish their sentence, but other times I'll write the most important feedback on Skype's chat so that the student can see it after he/she's finished talking (when it's my turn) and sometimes that's the only correction.
The point is not interrupting the flow of the conversation unnecessarily.

Any question? Leave it below or start a conversation on Facebook!

Expressions are a great thing, because they allow us to be more emphatic and vocal with our opinions and…

The perfect tense. I have done...

Hi! We use the perfect tense to describe what have recently happened (I have watched tv today) or things…