What's "usted" and "ustedes"? The polite form in Spanish. 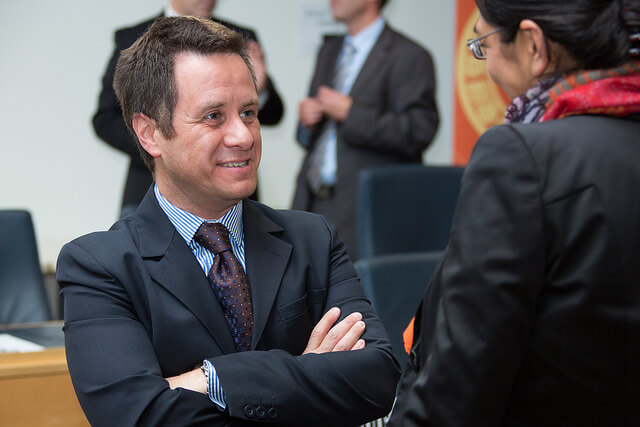 In the Spanish language we have the option to talk to someone in a polite way. This is used at restaurants and other similar situations. Usted is the formal version of tú (you, 1 person), and ustedes is te formal version of vosotros (you guys).

Some decades ago, it was much more common, used in a lot of different situations, including when approaching an older person. Some people still use it to talk to a doctor, a priest or a lawyer.

In Latin America they use the form ustedes all the time to refer to "you guys", in formal or informal settings, and the singular form usted is more common than in Spain, too.

So, if you want to travel to Latin America or just prefer to be polite in a foreign country this is incredibly important for you.

Ex: We'll use the verb querer - to want.

You can add usted and ustedes just like you would add tú and vosotros, however we don't tend to include them in the sentence. The verb already tells me who does the action.

If you use an opinion phrase with this structure : me gusta, me encanta, me interesta...
you need to look at the pronoun (yes, that tiny little word) at the beginning.

You usually use te for tú (you 1 person informal) and os for vosotros (you guys informal).
If you want to make it polite you need to use le (for he and she) and les (for they) and the verb (gusta encanta interesa...) won't change.

You can check my post on how to have a conversation in a restaurant, where you can see the formal form in real context here.

¡Muy bien! Let's see if you can now spot the formal sentences.

Remember the clue is in the ending of the verb. Usually it goes like this: -s for you (1 person informal), - vowel for he or she, -áis, -éis or -ís for you guys informal, -n for they.

How to speak Spanish in the restaurant and do it politely.

¡Hola! So you already know the basics to interact with the locals when you go on holidays or when…