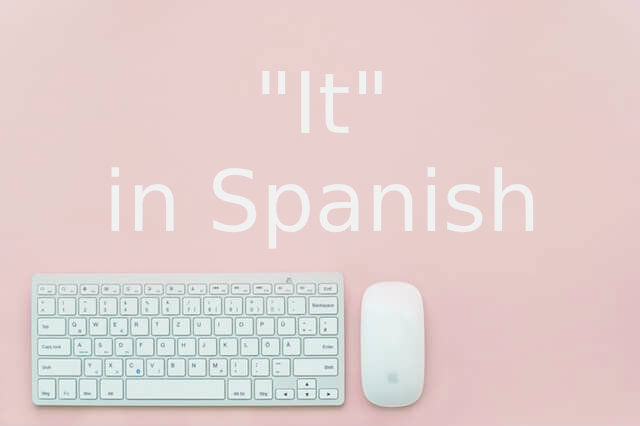 It as a subject

Subject pronouns are totally optional in Spanish, we usually don't use them.
Subject is the thing/person that is or does something (so you have "it's" or it+verb).

We don't have a word for "it" when it's a subject, so we can never add it:

A direct object pronoun refers to a direct object: person or object in the sentence, affected by the verb.
Usually you can find it if you ask the verb "what?":

I buy bread.
What do I buy? Bread.
Bread is the direct object.

I buy bread - Compro pan
I buy it - Lo compro

We never finish a sentence with a preposition, so if after one we have an "it", we do have a word for it: ello. This is the most common location for it.

Having said that, this happens wherever the location is, not only at the end.

This would be a "concept" or "action" we don't know the gender and that we've mentioned before.

Puedes aprender muchas cosas pero para ello, tienes que leer mucho - You can learn many things but to do it/that, you have to read a lot.

Fill in the gaps with: lo, la, ello or nothing!

¡Hola! I feel like no matter what level you have in Spanish, it's always a good idea to go…

We have already talked about past preterite in this blog, and I actually filmed a video about it, you…