Direct and indirect object in Spanish 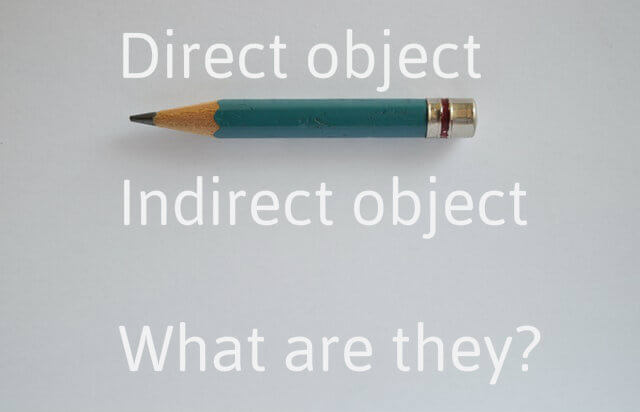 The direct object is the "what" or "who" is affected by the verb".

It and they are the most common ones (lo,la,los,las in Spanish) but here are examples with other direct object pronouns:

For more help with the confusion between direct and indirect object for people, check out this post.

The indirect object would answer to "to whom", "for whom" or "to what". Usually is a person, but not always.

The pronouns are the same as the direct object ones apart from it/he/she form and they form:

"Me" is the person to whom you're going to give something.

In sentences with direct object:

Les refers to "them", the people to whom I'm going to show the house.

The house, is the thing I'm going to show, so the direct object.

Another example, where the indirect object is not a person, but a thing:

The le refers to the house we talked before, it's the thing to which you're going to do something.

The swimming pool is the direct object, the thing you're going to put somewhere.

Position of the pronouns

1- Before the conjugated verb - That means a verb in present, past or future, conjugated depending on the person: I, you, he,she or it, we, you guys and they.
Ex: Duermo, saliste, voy, compraré, tendría...

You have a conjugated verb in 99% of sentences, so it's probably going to be there :)

2- Also you can put it right after,and attached to:

So, either before the conjugated verb estoy or right after the gerund estudiando.

So, either before tengo or right after the infinitive, llevar.

Direct and indirect objects are hard sometimes, so take it with time and patience, practice lots and the best of luck!! :D ¡Mucha suerte!

Takes time to... Tardar and Llevar

Short and sweet this post! About this confusing pair: tardar and llevar. Both mean to "take (time)", so, what's…

This is a practice to improve your listening skills, challenge your vocabulary and discover some expressions. All of the…