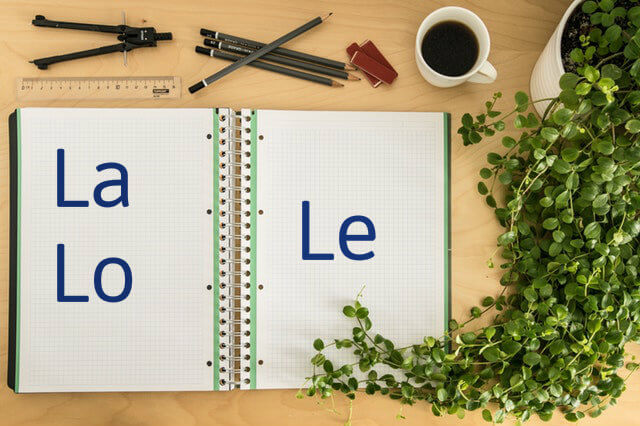 Sometimes it can be difficult to know if you should use lo/la or le when we talk about people in Spanish.
You see it with both, but why? Isn't a person indirect object and therefore le?

Well, let's go into detail and see all the different cases:

About objects or people
What or who

What /who do you see? - The park/your dad

Usually about people, but can also work for objects
To what or to/for whom

Usually, we need use the indirect object pronoun even when we're not replacing (read the rest of the post to see when that doesn't happen):

Verb + something + to someone

Use one for each:

The indirect object (in this case le/les) will go first.

Ex:
Dar - to give
Someone gives something to someone

Again in this case,we really need to use the indirect object pronoun even when we're not replacing:

This happens in two situations:

If you can ask "who do you _" and answer with the person in the sentence, it's a direct object.

You can use "le/les" also, but you don't need to

Ayudar a + person – To help someone

Officially, the rule says we have two options for masculine (le or lo) but for feminine, you can only use "la", although we generally don't pay much attention to that rule in the practice.

Querer
To want something
or
To love someone

What do I want? / Who do I love? – Both are direct object

2- Verb + either person or object

Ex: Perdonar - To forgive someone, never something

Because there is no confusion whatsoever in these two cases, we don't use the indirect object pronoun when we're not replacing:

To hit someone
or
to stick something somewhere

Verb + someone + do something
Nothing changes, you still need to identify if it's direct or indirect object.

Hacer + infinitive (do make someone do something)

When the second verb has no direct object, we use "lo/la/los/las" before hacer:

When the second verb has direct object, we use "le/les" before hacer:

Ver + infinitive (do see someone do something)

Ex: Querer + person (to want to do something for someone)

Le quiero regalar algo – I want to buy something for him/her.

It’s not to love someone,like in the previous section, so using direct object would be confusing.

We don't need the indirect object pronoun when we mention the person in this case, but we can use it.

I want to decorate _ (the room)

I can take care of it (the dog) the days you're out.

I'm going to stick/hit _ (the magnet) in the fridge.

Are you still using__ (the washing machine)?

You're never going to forget_ (her).

I cut_ the leaves (to the plant)

I made_ a dress with my sawing machine (to my niece)

I made _ (the dresss) with my sawing machine.

I have thought about _ and I think I'm not going to go.

When are you going to tell _? (to your boyfriend)

They brought __ a parcel this morning.

I know this can be tricky!
So read it as many times as possible, think of more examples and let it sink in, with patience!

Christmas Eve is right around the corner, so it's good time to learn a bit about how we live…

Sometimes people get confused with the combinations of "si" (if). Do you have to use subjunctive after or not?…