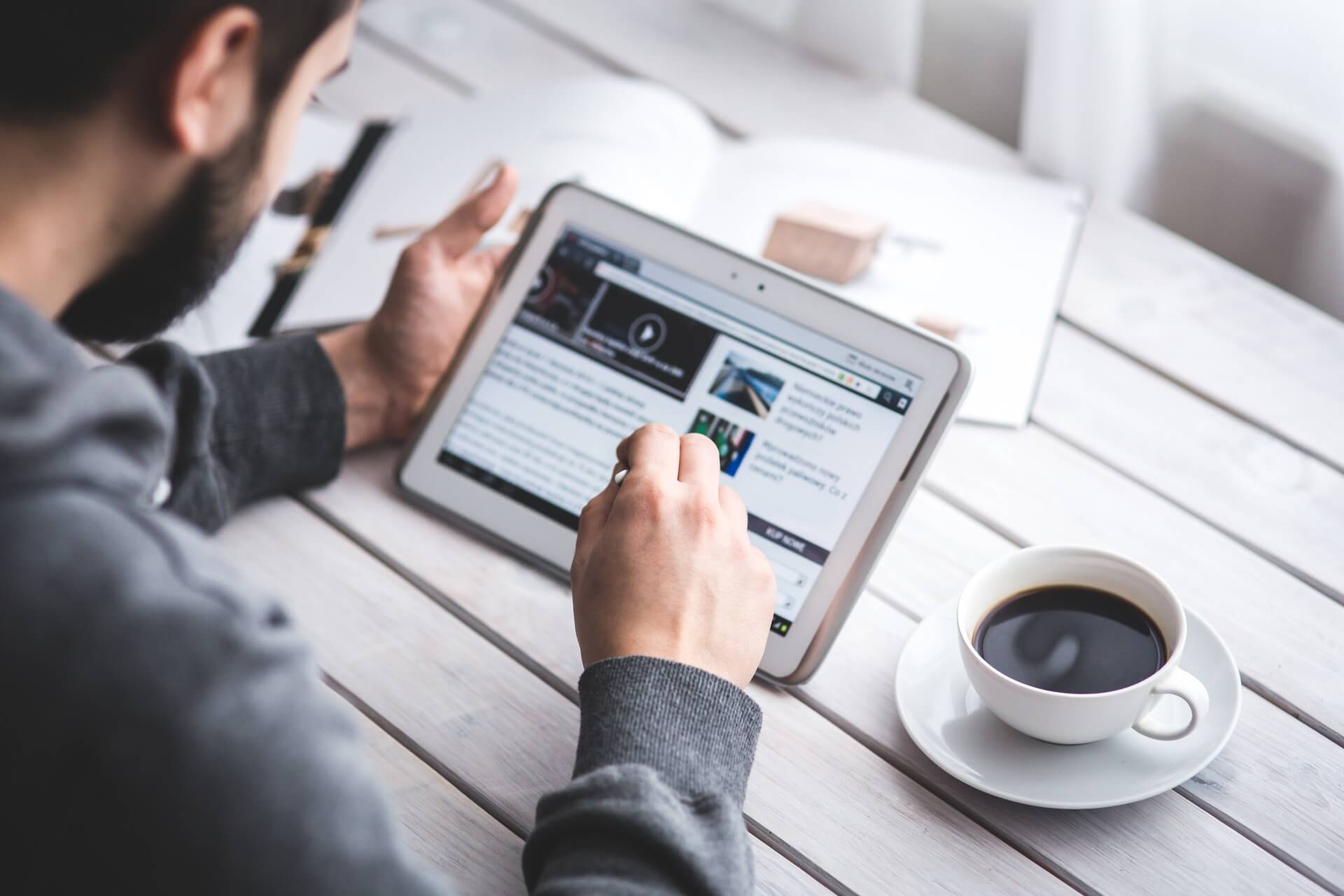 For real. The Internet has been going on for a while, our connections are usually fast enough to stream video and audio and to power new ways of learning stuff. Unfortunately, learning a new language is still a daunting, long, process. But the Internet has proven to be useful for so many things, you should give learning languages online a go.

Have you ever thought about how weird it is millions of people are hooked to those Candy Crush games? Really simple gameplay taken straight from the '80s with nicer graphics. But the truth is we are programmed to like the small rewards we get from those games. Duolingo uses a similar process, a gamified app, but with languages knowledge.

Because it's an app you can fit a few minutes of it anytime you have a break and you've already checked your Facebook, Twitter and Instagram 4 times. It's probably not the best resource to learn in depth grammar, but you expand your vocabulary without noticing.

If you find Duolingo too repetitive or you need something more focused on explanations you can try Babbel, which charges less than a tenner per month.

You're probably already thinking about south american rhythms, but if you've already mastered the "uno, dos, tres, dale" you could give Spanish music a try. Pick something like Pop and you'll get repetitive sentences from someone speaking slowly. All Spanish teenagers have already poured their favourite lyrics on the Internet for you to read (search for "letra"), and many people are kind enough to embed the lyrics on Youtube videos.

You don't know where to start? Well, it's a matter of taste really, but here you have some suggestions, starting with the most professional grown up video I could find:

If pop music is not your things or if you are already puking rainbows you can also check these Spanish musicians:

Music also gives you that boost when you understand the lyrics on your own (it's ok if you don't though), but try to pick singers without a strong accent.

If you're specially interested in the South American variety, a great listening practice is the website Gritty Spanish where you can find informal dialogues for real life situations.

The next obvious step. You don't even have to watch Spanish movies because we dub everything. I'm not talking only major blockbusters, but literally everything you can watch on a Spanish cinema/TV.

Of course I'd recommend watching Spanish movies so lips and sounds are properly synchronised and you hopefully get to know a bit more about Spanish culture. Turn the subtitles on and your brain will pick up things without even noticing.

It's probably not a good idea to randomly pick a movie so I'll drop some suggestions. Let's say you enjoyed Javier Bardem on 'No Country for Old Men' (call it), why not pick a movie from before he got his Oscar? The Sea Inside DVD for a fiver on Amazon. From the same director, Alejandro Amenábar, which you might recognise from the film 'The Others', there's Abre los ojos (potato quality trailer), £3.95 right now on Amazon.

If don't have a very strong moral stand against copyrighted films being uploaded to Youtube you can search for "película completa" (full film) and you'll find a surprising amount of old and not so old uploaded movies.

If you have little time or you just prefer watching something shorter, you should check our Spanish short films playlist here. With or without subtitles, you can find something for every level and they won't take more than a few minutes of your time!

You probably know Netflix is not only a streaming platform but a content creator right now. Did you know that they are also creating Spanish content as part of their world domination plan? Club de cuervos is already on Netflix.

You can also subscribe to some Spanish catch up services. Award winning interviewing program Salvados is on Atresplayer, a service you could access for 4 euros per month, giving you access to programs from Spanish channels Antena 3 and La Sexta.

Spanish public TVE has many programs available for free. Cuéntame is a TV drama about a Spanish family in the '70s, while all the important political and social changes happen. El ministerio del tiempo is a sort of Spanish Doctor Who.

It's close, there's lots of flights and it's cheap. There is no excuse. As soon as you can stammer 3 sentences in Spanish you should check Skyscanner, book a flight and come to Spain. But please, don't go to the same places every British person goes. Spain is a big country with lots of different things to see. So don't follow the same usual paths and dare to explore other places.

If you are a foodaholic, the north of Spain (Galicia, Basque Country) are well known for their restaurants. Now it's time to collect the benefits from your learning process. Ditch the pricey low quality touristic places (sorry, that's the truth) and go where the locals go. You'll be surprised by the quality of the food, and it will cost you less.

The Mediterranean is the go-to coast for beach tourism, but if you don't like crowded places you should try the Atlantic! There's hundreds of small beaches scattered along the Atlantic coast, with usually few people and a calmer way of life.

If you like architecture you should check all the romanic and gothic cathedrals in Spain, then some of the biggest castles and palaces in the heart of Spain.

We talked about language exchanges a while ago as a great way to practice your Spanish once you are at least an intermediate. You should check your local university, Meetup or look for Facebook groups like Españoles en (your city).

In a language exchange you are expected to speak English for a while with a Spanish person, then you'll both switch to Spanish, so you both get to practise a language while helping the other person in your own language.

Most Spanish people here have a goal of improving their English, and the current exodus makes it hard not to stumble upon a Spaniard anywhere these days. Take advantage of that.

Finally, there's no reason to go to an actual language school anymore to learn Spanish in depth. You can get your own Spanish teacher online and fit the lessons wherever and whenever you want them. You just need a free hour and a computer (or even mobile/tablet) connected to the Internet.

Besides marrying a Spaniard, this is probably the best way to learn Spanish fast and in depth. Tutors will let you adjust the content of the lessons. Let them guide you if you are a beginner but once you know the bits you want to improve you can demand more conversation/grammar/specific vocabulary content in your lesson.

To make it a bit cheaper for you here's a voucher for £4 you can use right now on Vivatutor: LAUNCH4.

Useful expressions in Spanish. A must-have for travelers

Whether you want to be always ready or impress your friends on holidays, these are essential phrases you'll thank…

Can you imagine having one of these names? If you don't believe they're real... my grandma's name is Divina…