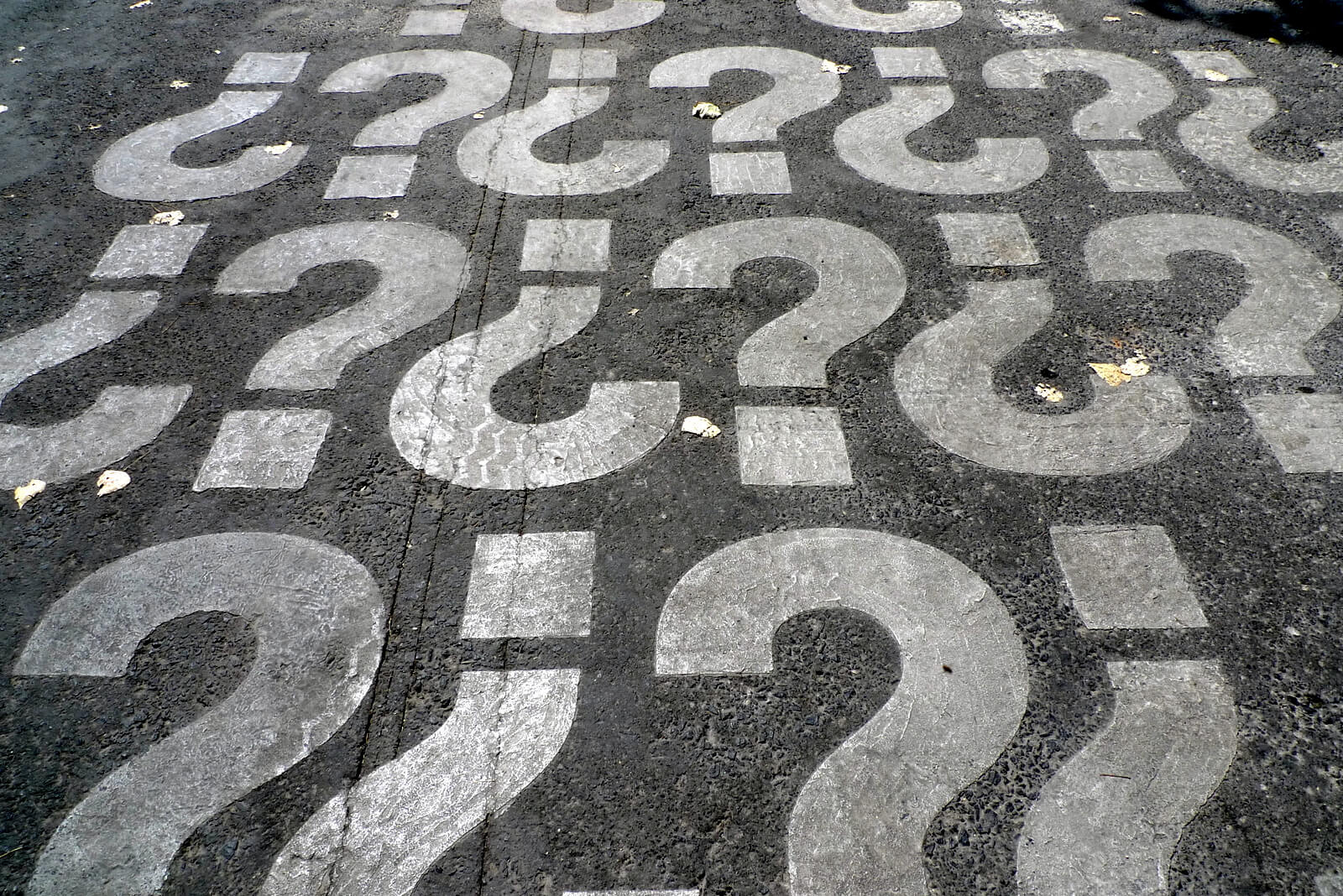 You might have noticed that in Spanish we don’t have just one question mark, but two. We use an inverted question mark at the beginning of the sentence, and the same happens with the exclamation mark.
¡Wow, that’s interesting!

Well, the reason why we have two has a lot to do with our grammatical structure:

Let’s say you want to ask “do you have a pencil?”. You can see the order of the words in the sentence is not the same as in “You have a pencil”.
This means that when I read it, I know right away if I’m asking a question or just telling a fact. Is this important? Well, it is if I want to use the right intonation!
If I said the question as I was telling a story it would be confusing and, quite honestly, boring!

While in English is easy to identify with just a glance if it’s a question or not, in Spanish is a little bit trickier.
Let’s ask that same question in Spanish:

You can be thinking that with one question mark would’ve been enough, but in Spanish we tend to have rather long sentences. So long sometimes it can be longer than a line, than two lines, than three lines! For this reason, we need one symbol to give us the information we need before reading it without having to look for the sign at the end.

Let’s finish with an example of these long sentences:

Would you like to play a very fun, exciting and simple videogame that I have bought the other day, with the money my grandma gave me two weeks ago, in the shop of the second floor on the shopping centre I told you about yesterday or do you prefer that we look for another one among my sister’s collection?

I understand why sometimes my students say that Spanish is full of tiny little words, just like “por” and…

If you are familiar with the basic rules for accentuation you know what a tilde is. If you don’…