Spanish agreement by types of words 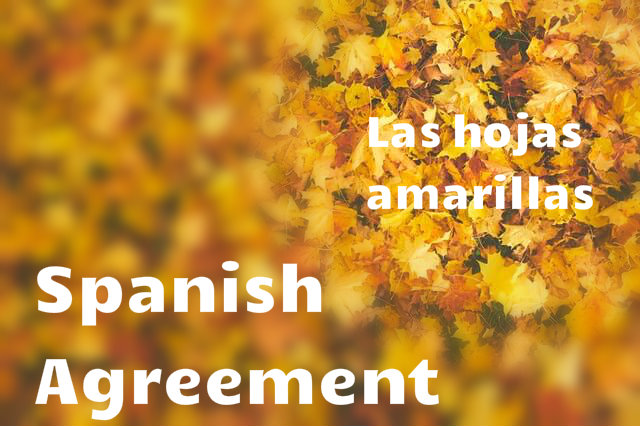 However, it’s not a perfect science, so you can read this blogpost on tips to know if a word is masculine and feminine and that includes groups of words that follow one gender (letters are feminine, time too, numbers are masculine), and also a list of words that end in -a but are masculine.

In Spanish, we have a rule that called “agreement” that in general terms consists on the words around the noun to “agree” with the noun in gender and number.

That means that, for example, if I say that a car is yellow, the word “yellow” has to have the same gender and number than “car”.

That applies to adjectives, most of them are what we say “quality words”, or “describing words”, like the words that say that something is of a certain colour, someone has a certain quality, etc.

But there are other words that also change according to this and we don’t usually thing of as adjectives, although they are:

“Lo” is neutral, general, doesn’t refer to a word, so no agreement, and usually is translated as "the thing".

Verbs don’t agree in gender, but they agree with the subject in number, and of course they follow a tense.

There are three forms of the verb that don’t change at all:

Pronouns refer to the noun and replace it. There are several types of pronouns, and all of them agree with the person and some a bit more, let’s see:

Words that don't change at all, ever.

They express time (tomorrow, now, before…), closeness or place in relation to something (far away, close, there, here), method or the way something is done or felt (carefully, like that, strongly, easily, slowly, badly, well…), intensity or frequency (a lot, a little bit, quite a lot, enough, almost), doubt (maybe, probably…), question words (where, what, how much…).

And, or, with, nor, already, but, otherwise, than, as, because, then, so, although, therefore, as long as, if, so that, even though, … and other links like these.

This is a table with all prepositions and prepositional phases (they’re easy to spot because they end in one of those tiny prepositions (en, de, por, para, …). 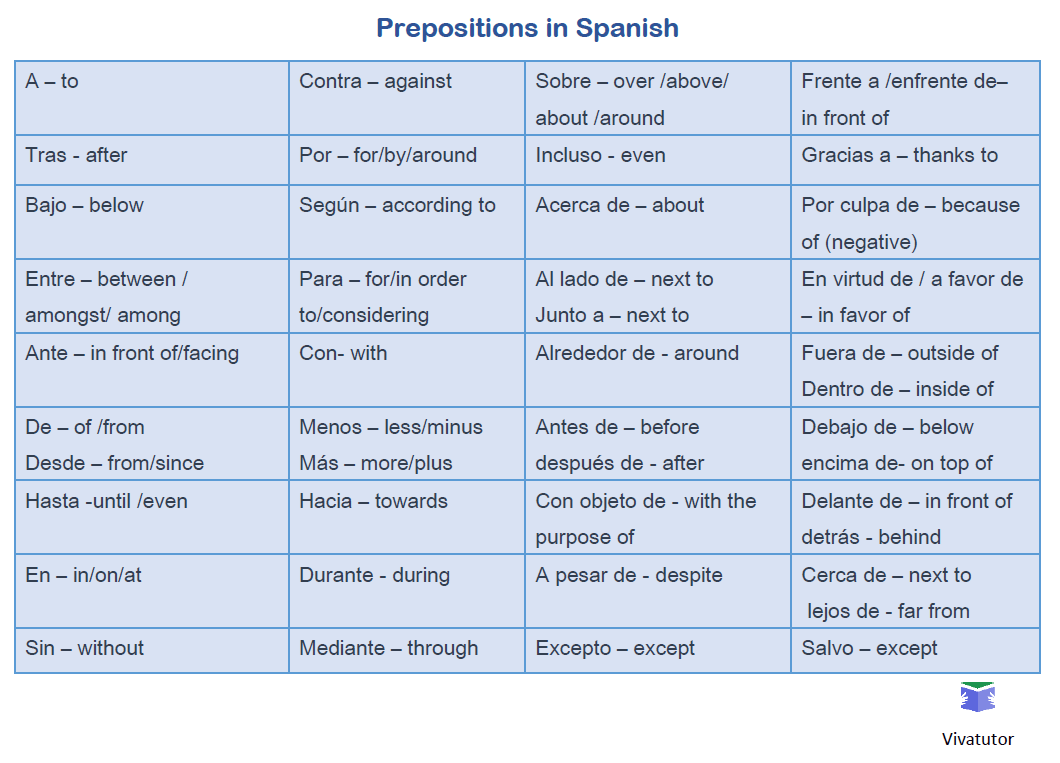 Hope that helped!
Big thing this "agreement" business!
Just remember mostly about the articles (the/a) and the adjectives (describing words) to have the same gender and number as the noun they refer to.

The rest verbs you'll learn with your grids tense by tense, and the pronouns gradually will be more and more familiar, and that's agreement sorted.

Keep at it and ¡Hasta pronto!

Sometimes, practice can be a bit more fun than usual. This is a fake news video on the effects…

"To meet" and "to know" in Spanish

There are two different ways to say "to meet" in Spanish and two to say "to know", and they…