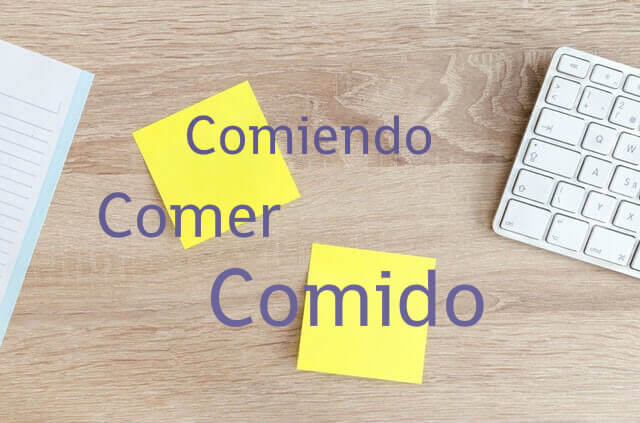 This is an extension of a post I wrote about the difference between infinitive and gerund.

Use the gerund when:

1- It expresses action, not a concept.

2- We use the verb "estar" a lot in this case (but not always): Estar + gerund: To be doing something.
Ex: Estoy escribiendo - I am writing

3- It's happening at an specific moment.

Extra tip: If you can choose between "to do" or "doing", go with "to do", the infinitive.

Careful with "ser" or "estar", because it's tricky to see them as "actions", as they are quite passive. However, the same requirements apply to decide if it's gerund or not:

Let's look at one example in detail:

Is it more an action or the concept of painting? CONCEPT
Can I say "to paint is very relaxing"? YES
Does someone paint in an specific moment? NO
Am I using "estar" to say "to be doing something"? NO

I'll use the infinitive then: Pintar es muy relajante

Another case for gerund is when saying "continue/keep DOING", so look out of this one as it's a different case:

Ellas continúan intentando entrar en la discoteca - They continue trying to get in the disco.

We know now that the gerund means "doing" something, and it's going to refer to an action happening at an specific time.

The participle would be translated as "done", and there's three ways to use it, both in Spanish and in English: part of a tense, adjective or in passive voice, which we'll see at the end briefly.

1- It's the second part of the perfect tense, past perfect or any other tense formed by "haber" + participle.

In the grid you can see the second part can be regular (ending in -ado/ido) or irregular:

Remember, verbs derived from others like "deshacer" from "hacer" have the same irregularity: 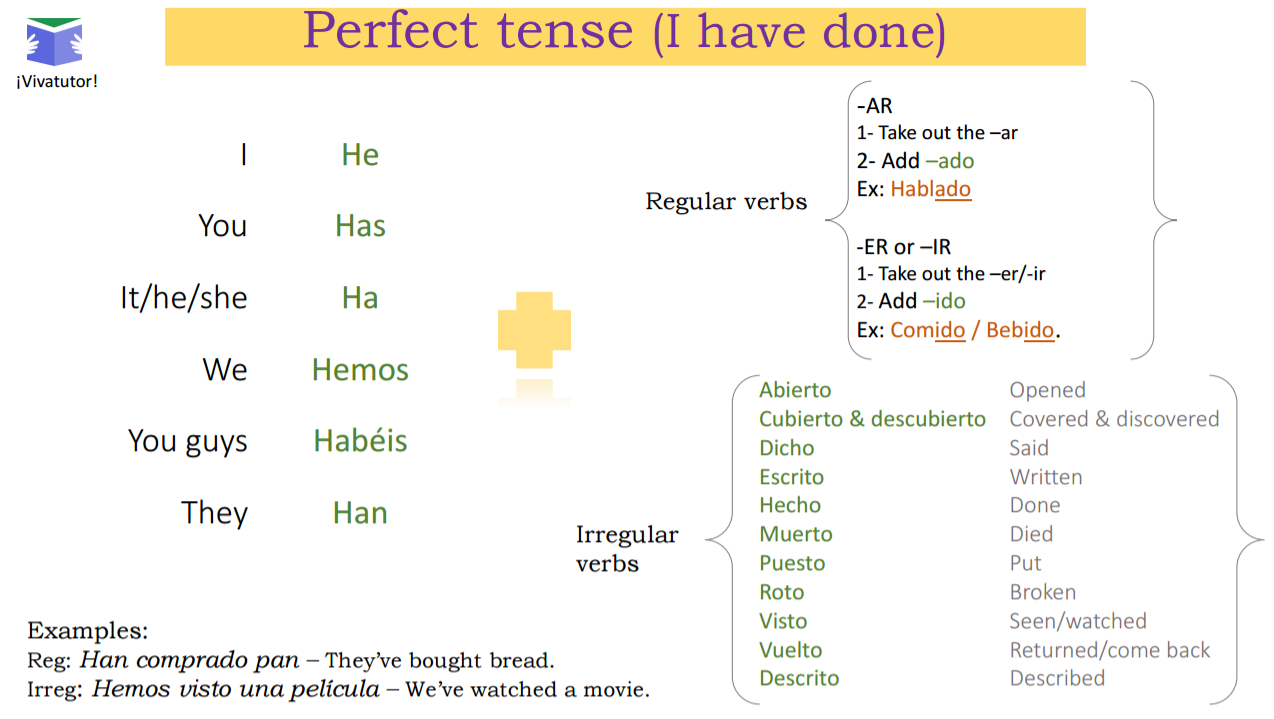 Examples with the possible "haber" conjugations:

2 - The second use for a participle is as an adjective, usually describing a state and it's used after noun or estar, most usually, but also tener.

In this case, the participle is going to agree in gender and number with the noun that is describing:

Conclusion: Gerund - Doing an action or being at a particular time / Participle: Affected by the action or state

Another use for participle, but this one doesn't usually get confused with gerund, is passive:
Ser + participle:

La televisión fue arreglada - The tv was fixed (by someone)

In this case, the participle agrees with the "thing" affected, just like when it works as an adjective.

The only case where participle doesn't agree is when it's part of a compounded tense: I have done, I would have done...

Fill in the gaps with the infinitive, gerund or participle (in this case choosing to agree in gender and number or not).

I'll provide the infinitive of the verb, so if you're going to do the participle of it, check the "perfect tense grid" in this post to see it it's irregular.

We always eat popcorn watching a movie (ver - to watch)

I had read that book before already (leer - to read)

Running is a great form of exercise (Correr - to run)

She was singing and dancing in her house (Cantar - to sing, bailar - to dance)

The cake and the balloons were kept in the garage and people were waiting (guardar - to keep, esperar - to wait)

I recommend writing in a diary every day thinking about your objectives. Then, your thoughts will be written. (escribir - to write, pensar - to think).

The sun was reflecting on the window, reminding me of Summer (reflejar- to reflect, remind - recordar)

Give the practice a go, use the "perfect tense" grid to check the irregular verbs and leave your questions below!

What is the difference between "un poco" and "poco"? Can I say "una poca"? These questions are what made…

Have you got these two confused before? I think everybody has! Before the blogpost, if you're more of a…