The "j" always sounds strong, like a strong English "h", no matter what letter goes after.

If I can achieve that strong sound with a "g", usually we choose the "g". However, there are a few cases when we'd use the "j".
The most important rule is words ending in the following have a -j:

The rule with the "c" is very similar to the previous one, so it's a win win!

The "z", just like the "j" on the previous rule, it always has the same sound, a "th" sound, no matter what vowel is after.

The "u" is the only difference that makes this combination possible, so you need to ignore this "u".

Only when there are two dots on the "u", like this "ü", you pronounce the "u" in this situation.
Those two dots are like a mark for you to know to pronounce it.

Please, don't stress about the pronunciation of this. If you don't know how to pronounce it, do it like a single, English like "r" and everybody will understand you.

This will be a strong r, like in radio

If it's the end of syllable you will pronounce it strong too.
It can be the end of the word (ver) or in the middle (arbol)

The only time this is pronounced strong, is when it's double, like arriba.

Example of a pair, one beginning of the syllable soft and, the other one double would be Perro (dog) / pero (but).

This letter is the probably the most representative of the Spanish language. Sounds similar to a "nh".

This combination sounds close to "ts" but a bit stronger.

Last but not least, the poor muted "h". The "h", when it goes by itself, it doesn't sound, it's never pronounced. This is a simple rule because it doesn't got any exception!

And I obviously had to mention this one:
Hay (there is/are) - sounds like "a-ee" or like English "eye".

This picture will help you remember what is the exact sound of the vowels in Spanish: 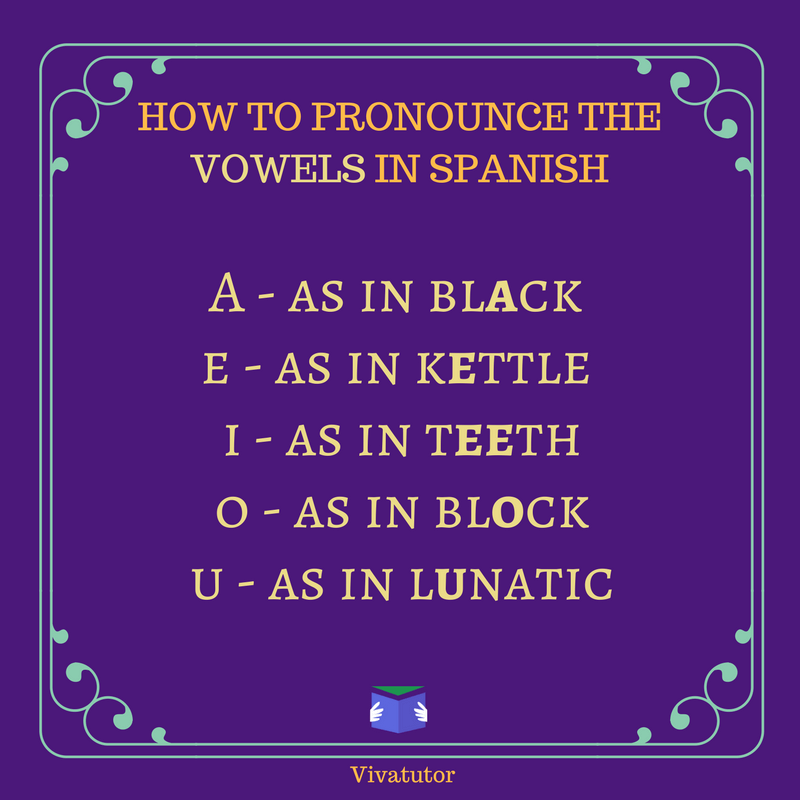 That is all!
Let me know if you have any question in the comments section below,

We have already talked about past preterite in this blog, and I actually filmed a video about it, you…

Vocab to rent a flat in Spain

¡Hola! Today I had a lesson that reminded me that a lot of you guys go to Spain and…