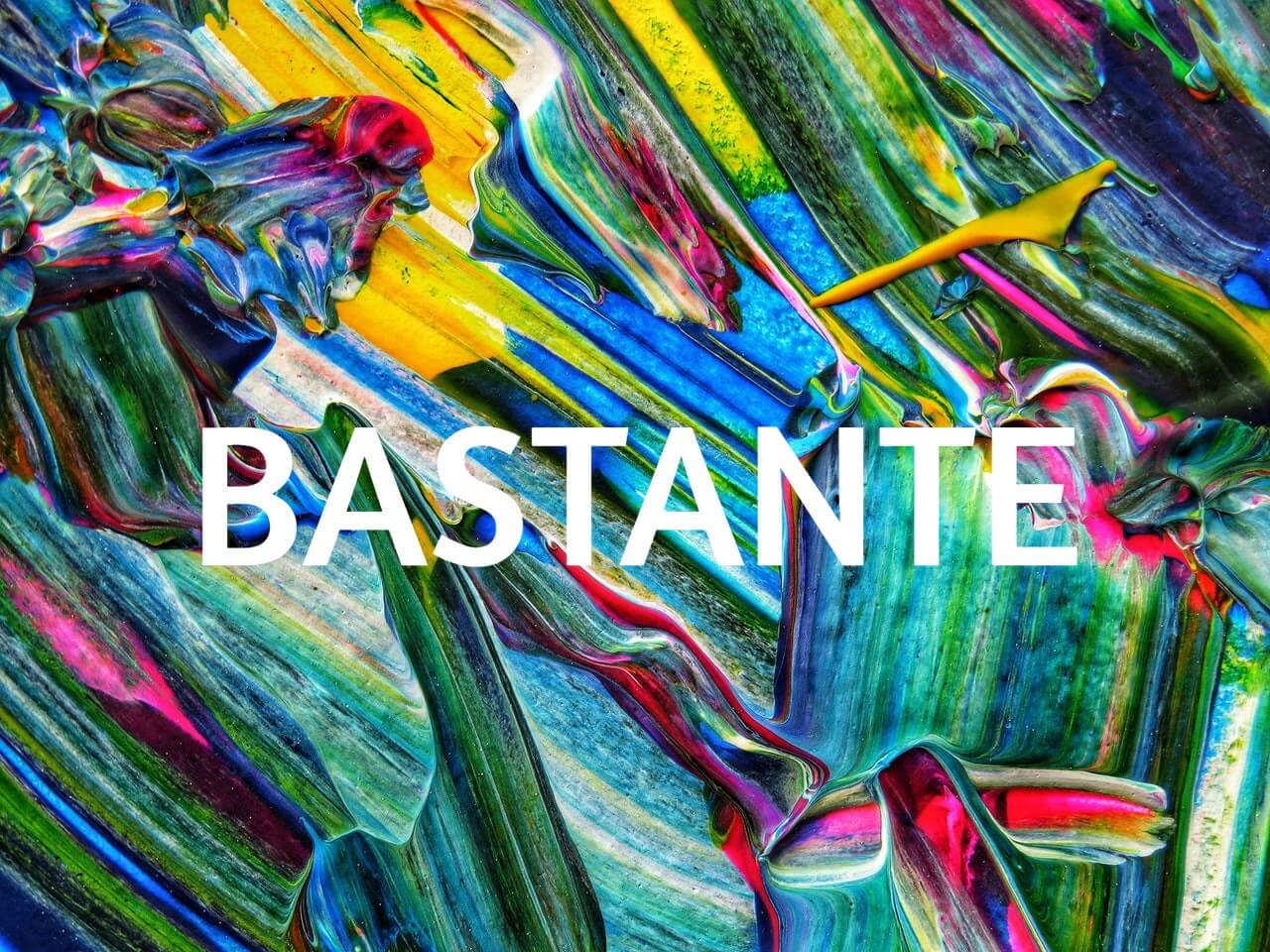 Today we want to talk about how to use bastante, which I find it's translated wrong many times, but also understand a bigger picture.

Feel free to skip to the bastante section and read the first section later, although I'd recommend it.

How it's the same as mucho, demasiado and poco

Now, the reason why I think it's important to refer to those is because all of these words have the same combinations: you can use them with an adjective (describing word), with a verb (an action), or a noun (for amount of things, places, people...).

So, I would suggest to learn them all together or close together and understand them as a whole, in the long run they're going to really help each other stay in your mind.

If you dig a bit more you see more of a pattern: with an adjective is a short version (muy, demasiado, poco), with a verb is the masculine singular version (mucho, demasiado, poco) and with a noun it agrees with the gender and number of it, so you have four versions (mucho/a/os/as, demasiado/a/os/as, poco/a/os/as, tanto/a/os/as).

So this is what we're going to see in bastante as well.

Bastante with an adjective

We use bastante before a describing word (quality, state, characteristic, feeling...) and the translation would be: quite ... or pretty...

We also use the form bastante, and here the translation is to do something "quite a lot".

Here we use it to express amount, and we have two versions: singular and plural (there is no feminine/masculine version, as often with a word ending in an -e). The translation is again quite a lot of

Fill in the gaps with: bastante or bastantes.

The question we want to answer is: What verb do I use for "to try"? Well, as often in…

Last post was on how to use bastante and the pattern that it follows with mucho, demasiado and poco.…